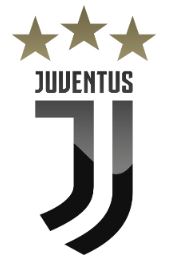 I wellcome you all as allways to the newest F4 official blog.
There was a lot to catch up in these past few days so lets begin.

Season 15 was as far successful for Juventus Fc wining a trebble in Italy. Unfortunately we lost in Super Cup as we were playing too defensive and careful.
This season our goals remains the same - Wining Serie A and win all Italian cups. We aim for the finals of Champions league but we know this will be very hard as there are a lot of good teams.

Our squad gained a lot of depth, here are few new players joining us from last season to this day:
GK - Manuel Gomes: Manuel joined us from Lazio as the best goalkeeper in Italy and one of the best in F4 so far for $ 131,250,000.
He has been in top form since last season as we conceded only 5 goals. Extrordinary experience and gk skills are keeping our seasonal chances alive.
DM - Carlos Sanchez: Carlos joined us from Palestine FC for $ 52,500,000. (91potential; 4learning)
We are looking forward to his development. 18y old allround midfielder is giving us hopes for bright future.
Next three players joined us on free transfer and are all players for the future:
WM - Fernando Gonzalez (92potential; 4,5learning)
WF - Omar Hassan (88potential; 5learning)
CB - Tore Andre Brynjar (88potential; 4,5learning)

Our phylosophy is still the same from the first day I joined the club - develop and train young players to become superstars.
Staff and our great training facilities are in very use of it, and we are in 30round to finish youth academy level 10.
We are proud to present you our 16y old young GK from Juventus academy Claudio Walker (see the stats bellow) 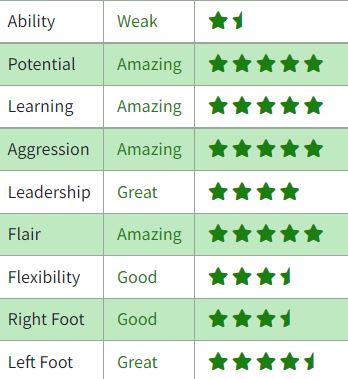 I hope the player has the right state of mind so he can become a leading GK in the future.

Other players we picked up from our academy in last few seasons are:
AM - Blessing Okaka (season 15; 88potential; 4learning)
WB - Sunsuke Nakamoto (season 14; 74potential; 5learning)

We also loaned out our DM Didier Mboka and GK Marcus Balodis in order to get them ready for the first team in a season or two.
Mboka is allready showing a decent match performances. Balodis on the other hand is focusing on learning the GK stats - at the moment Handling 74; Reflexes 81 at his 21 years.

In the next news we like to present the club we signed a friendly matches deal - sort of feeder club from Spain 2.1. Fc Barcelona and their manager Skraa. 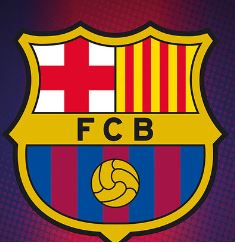 We are happy our young future players will benefit from the contract so we are out of any custom turnaments or direct friendlies for now.
Wishing all best to the manager and I hope we see each other in some European cups in the near future.

Bruce Verdugo has set the retirement date...!!!
Sad news to all the Juve fans. 35y old CF has said to local newspaper he is ready to retire at the end of season as his legs are not working as they used to anymore.
Further more he is ready to pass all his knowledge to Sebastian Janker as the next leading candidate for CF position.
Moguchi Owunge expressed his opinion: "He is truly a club legend, his stats speaks to themselves and he will be allways remembered as true friend and deadly shooter."
Bruce joined Juventus in season 6 for that times big investment of $ 93,712,500 as a 25y old. Now 10 years later we can admire his talent in his statistics table: 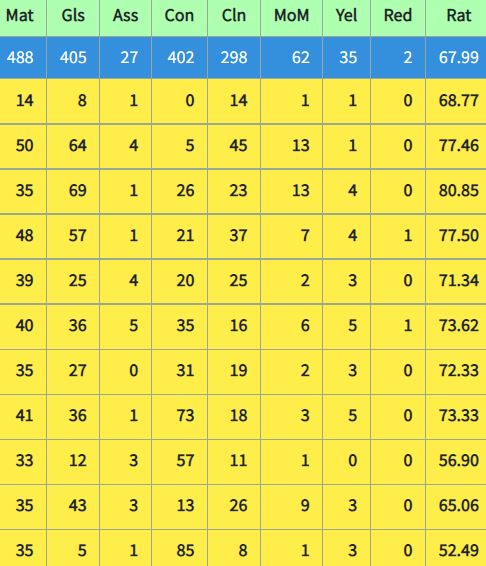 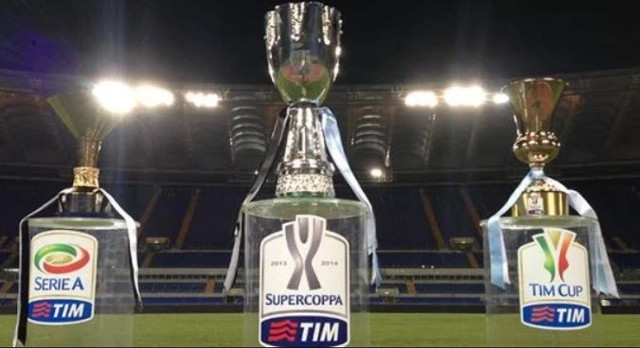 This is it for now and we are sending you best regards until the next time.
I don't know where the path will take us...maybe another interview with other manager...who knows