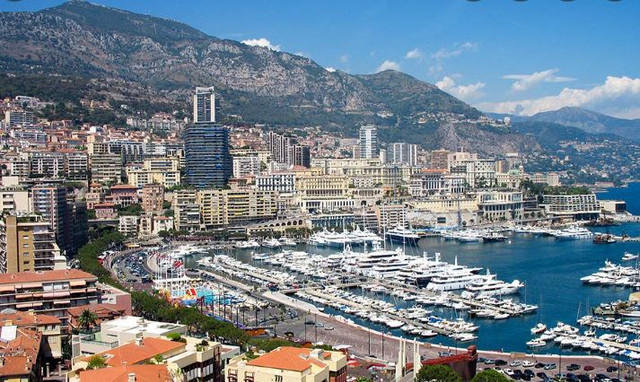 After a middle of Season 15 Luke Morrison joined As Monaco in 08.06.2022 from Oxford United for what was unexpected but a "must take" oportunity.
Oxford then finished the Championship on 7th place. Mr. Morrison is doing marvolous job in Ligue 2 of France, looking to win and be promoted for the first time in history.
Clubs like Bits'n Pieces FC, Paris Saint-Germain F.C., Breizh-Île, Union Omaha and others are finishing this year very tight and allways last moment decider of who will take the crown.

As Monaco will be fighting to hold on in Ligue 1 as underdogs they might have that something special to cheer their fans next year. We excanged a few words with him...

Reporter: "Good day to you sir and what a fantastic hot day here in Monaco."
Morrison: "Indeed, please sit down."

Reporter: "Thank you, let's go to our first question. The league is almost near to be finished and we know that you are excited for the next one in Ligue 1..let us know your future plans."
Morrison: "Glad you asked..yes, we are very happy with how things are and our short term plans are to gain promotion to the first division and maintain our position there season by season. The season is practicly over but on paper we still need points to win. Long term plans are to challenge for top 4 and maybe the title but I would say that’s about 5-10 seasons from now on as i came here in this beautiful city not long ago."

Reporter: "What went wrong in Oxford United?"
Morrison: "Nothing really went wrong at Oxford. My love for the club remains the same and I’m sure I will return one day. The board and I discussed that maybe it was a step to fast for such a relatively inexperienced F4 manager and I don’t disagree. I wanted to do things right and develop my skills before taking on the giants. I do have my regrets about leaving the club and especially the players there was so many top prospects that are now lost to the F4 Gods.

Reporter: "You've said, and we saw some of Monaco's directors and the club president as we came in. For us exclusively...let us know the club financial status and future development?"
Morrison: "Comfortable, ok I would say...20m in the bank but from all of our short term investments. This will go in to the club thou and not on transfers. Still plenty of work to be done here but we have a good training centre and our youth academy was finished and upgraded not long ago. We should be at 10000 stadium capacity for next season also. So you see..we build better As Monaco."

Reporter: "For short time here, let us know who in your eyes is the most talented player in team?"
Morrison: "Our best prospect right now has to be Massood Ronald. Just 18 years old and has great future infront of him. Angelo Sweeney is an interesting player that could explode in any minute as he shows a lot of eagerness in his trainings and is training really hard to be a leader of the team in the future."

Reporter: "Describe your relationship with Wittie Sanz. He is on of key players in this season."
Morrison: "Myself and Sanz have a good relationship right now. I did try to replace him at the beginning but after a meeting he promised his contribution this season would help the team gain promotion. It’s safe to say I’m a believer in Sanz as he’s been scoring for fun recently. We'll see if he can perform that good next season."

Reporter: "You know what we'll ask next yes?"
Morrison: "It this has to be Max Amor. He’s scored some vital goals in big games for me this season and loves the big occasion and is one I can rely on."

Reporter: "How'd you do that? (smiles)"
Morrison: "Well he's been really extrordinary this season and thanks to his experience and the contribution to the team is really something to belive you can win the league in first season at the club. I think he will stay with us also next year."

Reporter: "We salute you coach and all of you reading F4 news special....next time don't miss our blog leading us in Italy again."