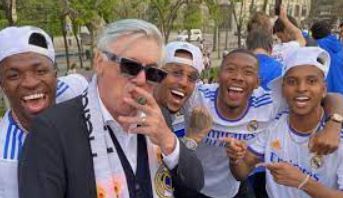 View all articles by this user 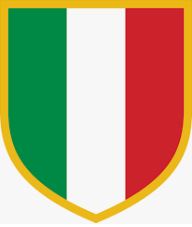 Good day to all readers of F4 news,

I sort down the current best players in Italy as you can check bellow. All players are over 75.00 in rating.
I come to conclusion that only experience wins you something and that WB's are worthless in this game..more on my next "frustration blog" next week.
Enjoy the view and don't miss transfer rumors after that... 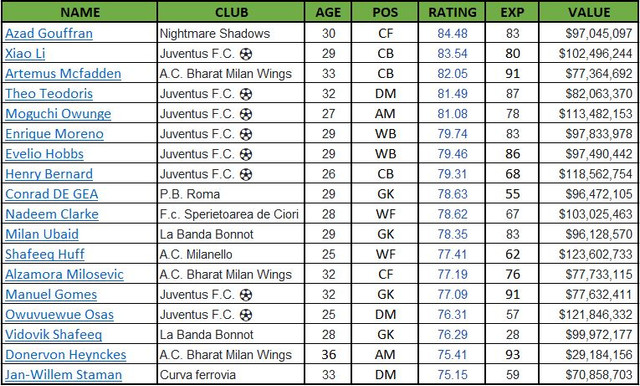 #1
Donervon Heynckes - A.C. Bharat Milan Wings
The biggest name in Serie A is for sure the 36y old AM from Faroe Islands. Stats and awards speak to themselves.
More than 700 games and 500 goals in all competitions wining all awards possible and lifting 14 trophies.

#2
Jay Ulowu
Before joining Sport Lisboa e Benfica this 35y old AM played for Juventus Fc and being leading player for the club many years.

#3
Stephan Susaeta - Nightmare Shadows
Georgian defender was leading defender for Harry. Too bad the manager decided to step away from F4. 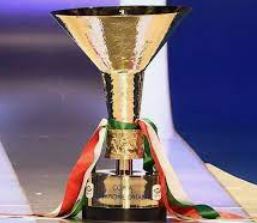 New transfer rumour has been released by Fabrizo Romano, this time from Juventus manager Mr. Ske.
The manager is considering offers from England, Spain and German clubs after a dissapointing start of season 17.
Our source is not 100% sure but after Romano's post we could expect manager to be considering a move to other more competitive country.
Of course we will sure be reporting on this case after the end of the season as things can get more interesting then.

We asked the manager and the reply was: "I am definitely considering some offers from richer clubs that's for sure..after all I think i did a lot for Juve. We'll see."