View all articles by this user
So our first season has come to a close. Everything went well and as per plans, and we achieved everything that was aimed for this season. Infact "achieved" is an understatement and we should actually say that we performed much better than we had expected at the start of the season. So let us look at what our goals for the season was once again.

Goal: Finish 2nd or 3rd in the league. Win the League Cup and win as many games as we can in the National Trophy
Reason: To avoid promotion so that we can be more ready for the top flight. Also to maximize the prize money received and to play 5 more games in the play-offs for player experience gains
Result: Achieved. Finished at 2nd on goal difference. Won the League Cup. Reached Round 7 of the National Trophy
In fact it was a bit tough to avoid finishing first since most teams in the league were bots, so had to deliberately lose a few games (including the playoff final) to stay clear of promotion 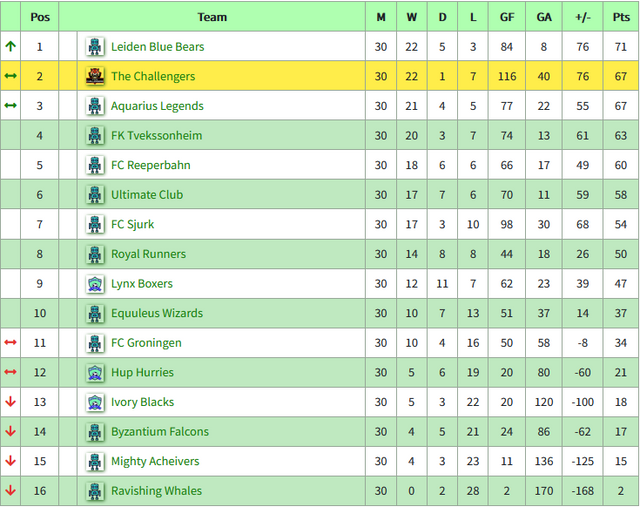 Goal: End the season with a financial profit of around $10 million
Reason: Build up money for strengthening the club's infrastructure, players and staff. Also to avoid paying excessive taxes since tax-free profit is only $5 million
Result: Achieved. We actually ended up making a bit more money than expected, so the closing profits for the season would be close to $13 million after taxes.

Goal: Build 15000 seats in the stadium and a level 1 youth academy
Result: Achieved. The stadium is now at 15k seats, and the youth academy is being upgraded which will be completed before end of the season. 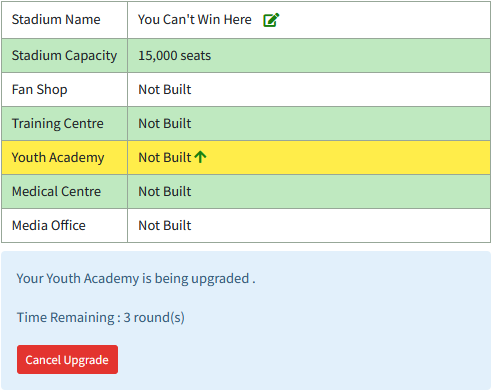 As planned, we were always on the lookout for expert coaches to improve our training efficiency. Without a training centre we had to make sure that we had coached with a skill as close to 99 in every department so that we could have the training efficiencies close to 50.
Unfortunately one of our staff will be retiring at end of this season, and we will have to find a replacement for him before the first training session next season. 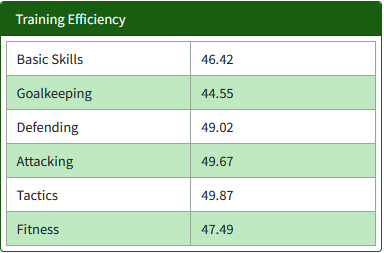 We bought 3 players this season, 2 of them were old highly experienced players with good experience, and one was a 22 yr old CB with 5 star Learning and 5 star potential.
We also sold a surplus AM, and the net transfer spend for the season was around $45 million ($37 M sales, $82 M purchases). We also spent around $8 million for scouting players to determine their development potential. Out of around 37 players scouted, we bidded for 3 players who were excellent prospects, and managed to sign one of them at a decent price.

My advice to new players here : Do not be shy to spend money for scouting, every single penny spent will be worth it. You might also need to bid on 4 to 5 players before you can sign one of them, since people start outbidding you when they see a bid on a great player on the market. Just leave that player and bid on the next one, you will get one of them in 4 to 5 attempts for sure. Also it is a good idea to keep a note of all those players you are planning to sign, and start bidding them towards the end of the season when most teams would have already signed 4 players already.

Back to topic, after we signed our young CB Paolo Henly, he was now one of the 3 youths in focus, and the status of the previous youth player Sohail Commisso was changed to Squad Rotation.

Since our training efficiencies were not that high, the complete focus was on building experience for our players, especially the 3 young players that we decided to develop for the future. So we played them in every single match - regular and friendlies - and gave them every single minute possible on the pitch. The results were truly amazing. 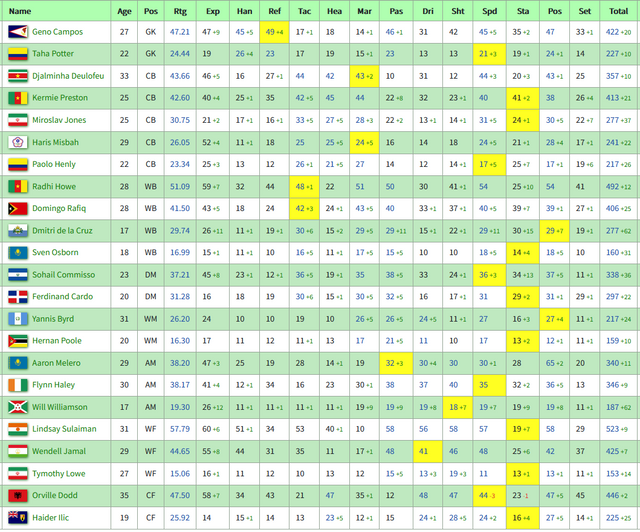 Now we are eagerly waiting for this season to come to a close, and to start a new season with greater expectations and challenges. Keep posted for more!
Last updated by