Tegimus
2023-01-03 15:43
There are a few major updates planned for the match simulation engine and the player rating calculations. These updates won't be rolled out at once but gradually over a few seasons. However, since some of them are critical to performance of teams, player ratings and values, we thought it is better for you to know some of those in advance.

Use of Experience attribute in Rating Calculations

This way, the Experience attribute will retain it's importance in the rating calculation and valuation of a player, but having too high experience alone will not make a player any better. We hope that this change will bring a much requested balance between Experience and other attributes of a player.

Use of Experience attribute in Match Engine

Fitness Calculations and Use of Stamina

The fitness model during match simulation will undergo an overhaul in the planned update. Low stamina players might not be able to play too many minutes and fitness loss will depend more on the intensity of the match and the opponent's stamina too. We hope that Stamina will become a more important attribute for every player, especially those involved heavily in a match.

In the current match engine, the rating of the players have much more importance than the actual tactics deployed by the team. Even though you can win close games with tactics, it is much harder to beat a team with higher rating than yours with tactics alone. We plan to change this, and team tactics will determine the effectiveness of players in any given match. But do not expect to beat a 90 rated team with a 50 rated team on tactics alone, it just means that reasonable gaps in rating might get closed with smart tactical plans and match strategies.

We do not intend to layout any exact timelines as of when these changes will be rolled out, but we will inform every change in the match engine at least a season in advance. But keep these in mind while you train players in future, and be prepared and ready for the changes when they are implemented. Hope these will make the match simulations more realistic, and improve the overall game experience.

Feel free to ask your questions below, and most importantly, ENJOY THE GAME!!!

Chika Fujiwara
2023-01-03 16:08
So High Exp Players Will lose Rating(Ej:70 atributes and 90 exp will be 70 now, like Before or maybe 75??)?? And How Will Be The Decisions Now Taken By The Players now that Exp Doesn't affect That?? Anyways, now I will be able To Beat slightly Better teams With Tactics, I suffered from Defeats On Seasons 10-15 Against higher teams Despite having Defensive, so I'm happy with the changes Now i'm weaker side again.

Bill Beaver
2023-01-03 16:41
I think it’s really good that stamina will have more impact. Currently, it appears to have very little effect.

He said it is not confirmed when this will be launched

Fathima
2023-01-03 18:18
This is actually good. You can't say it nerfs xp but attribute drops of old players will have some effect finally since their higher xp won't matter when the other atts drops. Older players will become cheaper and weaker now 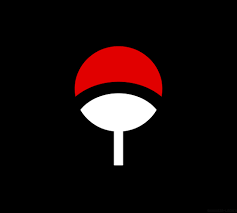 Uchiha
2023-01-03 18:21
Good Work I like This One...High old experience players will be there to boost young coming up players not to win title, Look also on those attributes drops as player get old 30,31,32,33,34,35.Currently they don't matter much some of us don't even bother to train them as long Experience is very Very High that lads will be a super 🌟 until retirement :) 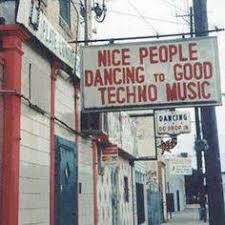 Alex Kalinin
2023-01-03 22:06
Nice changes.
Will stamina be less important for goalkeepers compared to other positions?

The current tactical options are pretty basic so I am assuming player positions/formations is captured within tactics and if so that will be really interesting to see the changes.

Would it be fair to ask what you consider to be 'low' stamina that won't cope with 90 minutes?

I'm not sure fitness loss being dependent on the opponents stamina is the way to go - relative performance loss yes but a player shouldn't have less fitness post-game just because the opponents had higher stamina.

Vasilis wrote :
I thinkin xp shoulh have some impact . It doesn't make sense not t has. For example if xp is over from a skill could increase skill 20% ubtil age of 30. 17 % at 31 yo and etc.

Agree With This, Maybe reducting 2% Every year after 30(18% 31 16% 32, and so) Null exp Impact Isn't Realistic. See messi for example, he isn't as fast he was, but thanks To his exp he was the best on WC, and He isn't the only player that Thanks to his Exp even if his stats Decrease still class.

Herr Ademir wrote :
Messi does not use his XP to run like Bale, he uses to find useful dribbles and passes, this ME will take in account.

I Know, but Maybe Exp Can Still Boosting decision Taking But Less than before.(Max 10-15% improve) That would be more realistic, because Irl a Player of 30 Years old, is Smarter At taking Decisions To pass or Finish a Action than a 20 Years old even if the 20 Y.O is Slighly better.

Adam C.
2023-01-05 17:07
Trying to wrap my head around this but I keep confusing myself, so I'm going to introduce a theoretical player comparison and someone can tell me if I'm way off base.

Adam C. wrote :
Trying to wrap my head around this but I keep confusing myself, so I'm going to introduce a theoretical player comparison and someone can tell me if I'm way off base.

1) i really don't know if the game will revert back to previous rating calculation, but in this current system their rating will differ.
2) if all the attribute is 65 and xp is 80, it means the effective value of attribute is 65.
If is 65 in attribute and 65 xp, average is 65.
So yes they will perform the same if everything is equal.

Adam C. wrote :
Trying to wrap my head around this but I keep confusing myself, so I'm going to introduce a theoretical player comparison and someone can tell me if I'm way off base.

Yes, in the planned update, both players will have the same rating. And they will theoretically perform the same way in the match engine (although practically there are plenty of other factors influencing performance including randomness).